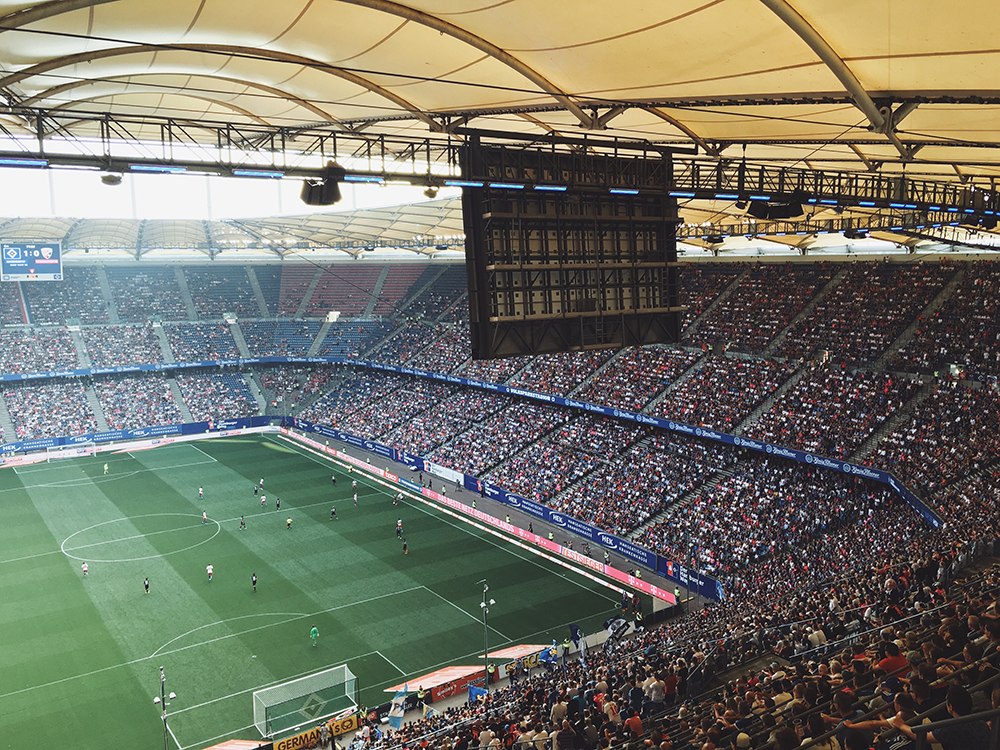 Football is another popular event where lanyards are required and worn by well-known faces, staff and members of the public alike. There are a large number of staff in different departments around every football stadium on match day. And that means there’s a huge opportunity for company names and logos to be on show for thousands of people to see.

If you’re attending a live football match lanyards are clear to see on the stewards and staff around the grounds – the bright lanyard with the word STAFF in bold makes it easier for spectators to know who to ask for help.

Lots of football matches and team are on our TV screens every week from all over the world. This means those companies who are involved in sponsorship, be it of the teams or the TV channels, have an opportunity to be seen by millions of viewers.

Football team coaching staff feature a fair bit during the course of a televised football match. Although it should be noted that lanyards are more common in Cup competitions and foreign fixtures than among the Premiership clubs.

On those occasions where the coaching staff of Premiership and the lower league teams have their lanyards on show, there are plenty of opportunities for them to be on display. Think of the first shots of the pitch – the team are warming up and going over some details with the coaches, including the manager. Then there’s quite often a short pre-match interview with the manager who might have his lanyard on show as he’s moving between areas of the stadium.

During the match there are also numerous shots of the manager and coaching staff to show their reaction to the developments on the pitch. There’s also the final moments of the match when the whistle has gone and both team managers and their staff shake hands.

The final chance for the best shot of a printed, personalised lanyard is when the managers give their post-match TV interview.

It’s not just about the Premiership

Competitions such as the UEFA Cup, Champions League and the FA Cup all have a great opportunity for lanyards to be worn by less familiar managerial faces. During televised cup competitions there is an increased frequency of visible lanyards. This means that you don’t need to be involved with the top clubs and stadiums, as if you’re a sponsor of a local team that makes it past the first few rounds of the FA or League Cup your potential audience will grow considerably.

And as we’ve said before, it’s big events such as a Cup competition that could become a lasting memory that spectators want a keepsake from. If a less well known team play a famous team then anything – including the printed and company lanyards – make for perfect mementos.

So if your well loved, local team do well in a competition then your printed company lanyards could easily be on show to a bigger audience than you ever imagined!